A Spanish princess. Raised to be modest, obedient and devout. Destined to be an English Queen.

At sixteen years old, Catalina is alone among strangers.

Six weeks from home across treacherous seas, everything is different: the language, the food, the weather.

And Catalina can find no comfort in any of it.

She misses her mother. She mourns her lost brother.

She cannot trust even those assigned to protect her.

The first of Henry’s Queens. Her story.

History tells us how she died.

This captivating novel shows us how she lived.

The coast of England was closer now. Standing at the balustrade of the deck, high above the stern of the ship, with tendrils of red-gold hair whipping about her face, Catalina could see green and brown hills and the spires of churches, with houses huddled together beside them; and, at a dizzying distance below, between the land and the rolling vessel, the grey, churning sea. How different it all looked from La Coruna, with its warm blue waters and its mighty Tower of Hercules, or the dramatic wide sweep of the bay of Laredo! Everything was going to be different from now on.

Her maid-of-honour and dear friend, Maria de Salinas, was standing beside her. ‘It cannot be long now till we come into port,’ Catalina said. ‘When I think how many years I have dreamed of coming to England, I cannot quite believe I am nearly there. I thank God that you are with me, Maria. I would not want to face this alone.’ There was no one else to whom she would have admitted that.

‘And I am glad of your Highness being with me,’ Maria replied. She was two years older than Catalina, and they had been friends all their lives. It was typical of Maria to have pulled off her cap and let her rippling long night-black hair blow free in the wind. She was almost dancing with anticipation, her large eyes luminous as she gazed at the land ahead. Catalina reminded herself that Maria was also going into the unknown.

It was expected that she and the other young ladies in attendance on their Infanta would be found well-born husbands in England. But where Katherine was facing the future with a certain trepidation, Maria could barely contain her excitement.

‘Soon I will come face-to-face with Prince Arthur,’ Catalina said. She had been told countless times that her betrothed was a golden prince, beautiful and graceful with many excellent qualities, and that the English people hailed him as their great hope for the future. ‘I pray that I may please him.’ And that all will be well.

‘Judging by his letters, he is as eager to meet your Highness as you are to see him. You are lucky to have a husband who loves you.’ Maria smiled encouragingly – and not a little enviously.

‘But how can he love me when he has never met me?’ Catalina asked, voicing a concern she had kept to herself for a long time. ‘Was he that much taken by my portrait?’ Master Miguel, her mother’s court painter, had taken an excellent likeness.

‘He could hardly have failed!’ Maria said. ‘You are so pretty.’

‘He is just fifteen!’ Catalina retorted. ‘He is nearly a year younger than I am. I think he has been told what to write, just as I was. And’ – she bit her lip – ‘I fear he is young for his years. Remember how my coming was postponed for a year until he was ready to be married, and then it was postponed again?’

That had been a strange business, veiled in secrecy. Not even to Maria would Catalina confide her secret suspicions that all might not be quite well with Arthur – and that some dreadful
deed had finally made possible her coming to England. It was as if saying them out loud would confirm them. ‘At least it gave me time to learn French!’ she said brightly. King Henry’s Queen
and his mother, the Lady Margaret, had specially requested it, as they spoke no Spanish or Latin. And they had urged that Katherine cultivate a taste for wine, as the water in England was undrinkable. She had duly complied. She had expected many such requests and instructions to prepare her for her life in England, but there had been just one more, one that had immeasurably troubled her.

‘He thinks I will be happier by not remembering it. Dr de Puebla wrote that to the King my father.’ Dr de Puebla was Spain’s resident ambassador in England, and it was he who had negotiated her marriage.

‘King Henry means well, I am sure, Highness,’ Maria soothed.

‘I can never forget my homeland,’ Catalina declared, tears welling as visions of the land of her birth came to mind, ‘but I am determined to be a good Englishwoman.’ She blinked the tears away.

‘We must make ready,’ she said. And then, mimicking her duenna, ‘I must always remember that, as soon as I set foot on English soil, I am longer the Infanta Catalina but the Lady Katherine, Princess of Wales!’ Catalina had been told that her name must be anglicised to please her husband’s future subjects, for one day, when King Henry died and Prince Arthur
succeeded to the throne, she would be queen of England. 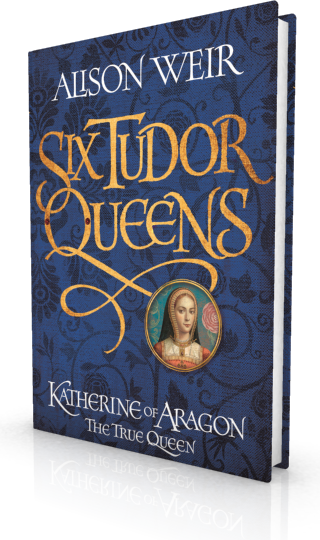 Listen to a sample

Watch the trailer for Katherine of Aragon: The True Queen 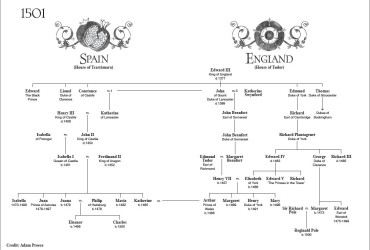 How did Henry VIII become a monster?

Alison describes Christmas with the Wives of Henry VIII

Alison Weir on the lost portrait of Anne Boleyn

“Social mores change, but human nature doesn’t…”
Toby Venables talks to Alison about the book, the fascination with the Tudors and the line between history and fiction

scroll through to select a book 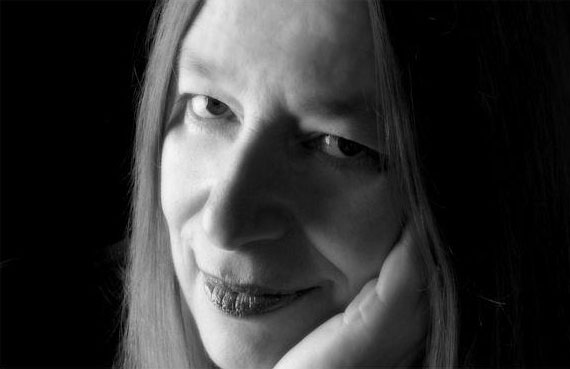 Alison Weir is the top-selling female historian (and the fifth best-selling historian overall) in the United Kingdom, and has sold over 2.7 million books worldwide. She has published seventeen history books, including The Six Wives of Henry VIII, The Princes in the Tower, Elizabeth the Queen, Eleanor of Aquitaine, Henry VIII: King and Court, Katherine Swynford, The Lady in the Tower and Elizabeth of York. Alison has also published five historical novels, including Innocent Traitor and The Lady Elizabeth. Her latest biography is The Lost Tudor Princess, about Margaret Douglas, Countess of Lennox. She is soon to publish Katherine of Aragon: The True Queen, the first in a series of novels about the wives of Henry VIII. She is a Fellow of the Royal Society of Arts and Sciences and an Honorary Life Patron of Historic Royal Palaces, and is married with two adult children.

Alison Weir is the top-selling female historian in the United Kingdom, and has sold over 2.7 million books worldwide. She has published seventeen history books, including Elizabeth the Queen, Eleanor of Aquitaine, The Lady in the Tower and Elizabeth of York, and five historical novels. Her latest biography is The Lost Tudor Princess. She is soon to publish Katherine of Aragon: The True Queen, the first in a series of novels about the wives of Henry VIII.